Death is such a horrifying part of life. Most times, it is the people the dead person has left behind that will nurse the pain that person is no more.The silver lining, if any, is that dead people are always happy to have escaped the many problems that the living person faces in their day to day life.

As always, our custom is to put our readers in the know, we compiled a list of 10 celebrities who died too young. These were talented young men and women who were cut short and we hope this post bring to our memories some of the great work they did. 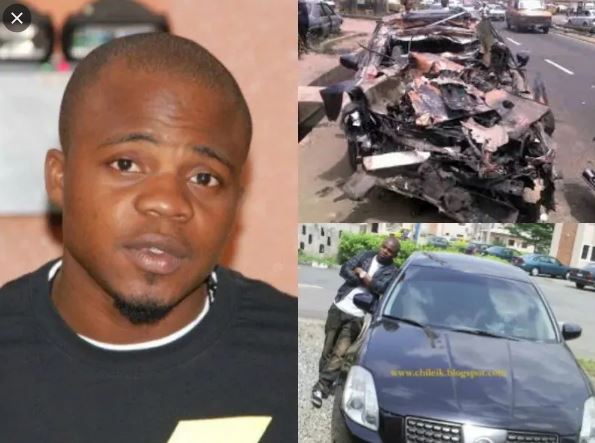 Oladapo Olaitan Olaonipekun popularly known by the stage name, Dagrin was one of the most prominent entertainers in Nigeria. Dagrin was blown into stardom after the release of his single smash hit titled pon pon pon.

His ghetto lifestyle was loved by the young and old and in no time he became viable in the music industry.

However, the unexpected happened on April 22, 2010, when Dagrin was announced dead after having an auto crash. Sad to note, he died when he was about to attain the pinnacle of his career. His light of fame went dim at the age of 25.

Muna Obikwe used to be one of the popular Nollywood faces that ruled our screen. He was most loved for his bad boy role in most of the Nollywood movies. When the news of his death was revealed, many people felt he was too handsome to die.

According to reports, Muna had suffered chronic kidney failure that was caused by high blood pressure.

Majority of his colleagues never had the guts to believe that Muna was truly dead. The news of his sickness was not made public by him or a member of his family.

That being said, his family revealed Muna was a private person. More so, he was getting rapt treatment sponsored by his family until his death on January 18 2015. He was aged 36.

The Ibadan born star actress was blown into limelight after she featured in Igboro Ti Daru. She proceeded in her acting career featuring in quite a number of Yoruba movie and some English play.

Bisi Komolafe’s death came as a rude shock to the entire entertainment industry and hundreds of her fans nationwide.

According to reports, she died of pregnancy complications at the University Teaching Hospital Ibadan. Meanwhile, some of her colleagues in the industry said her death took them all unaware. They didn’t even have time to raise money for proper treatment abroad before death came for her.

The graduate of Business Administration turn actor died at the age of 31.

Moji Olaiya was one of the foremost Yoruba actresses in Nigeria. Her role in indigenous Yoruba movies portrays someone who has a great penchant for Yoruba history.

She was the daughter of highlife singer, Victor Olaiya. Moji started her acting career with the popular Wale Adenuga Production, producer of Super story, papa Ajasco and many others.

In 2017, Moji suffered some health complications after giving birth to her child in Canada. Eventually, the report has it that she died of cardiac arrest in Canada at the age of 42.

What many find to disheartening about Tosyn Bucknor’s death was the fact she had predicted it through a poem. Tosyn Bucknor was a popular OAP for inspiration, a TV host, writer and MC of events.

She was married to her French heartrobe in 2015. Tosyn Bucknor was born with sickle cell anaemia.

Just about the time, everyone thought Tosyn was a survivor, in 2018, the inevitable happened death came for her at the age of 37.

Not long after returning home from the 2013 Grammy award in Los Angeles, she complained of headache and was pronounced dead in the hospital.

Such is the life of Nigerian music artiste, rapper, producer and television star Susan Oluwabimpe better known as Goldie.

Goldie was a television star and musician. There was speculation that music star died from the heavy intake of drugs. However, the rumour was cleared by her husband who disclosed that Goldie doesn’t do drugs.

While the rest of the world was celebrating lovers day (Feb 14) in 2013, Goldie was on her way to meet her maker.

The singer and comedian earn the love and respect of Nigerians after he played a viable role in ensuring OJB Jezreel got adequate treatment to stay alive. However, OJB eventually died but, but the love and respect Nomoreloss had earned through his selfless service remain still.

Nomoreloss died of Typhoid fever in 2016 while being admitted to an undisclosed hospital in Opebi, Lagos.

Aishat Abimbola died in a hospital in Canada after battling with breast cancer for years. Meanwhile, it was just after one year after the death of Moji Olaiya in Canada.

She became prominent after her debut on screen in Omoge Campus. Until her death in 2018, millions of her fans don’t know her real name, she was best known as Omoge Campus. Aishat Abimbola was aged 46 when she died.

After involving in a ghastly accident on her way to Abuja from Kaduna. The TV star lost so much from external and internal bleeding and needed blood to stay alive. However, the hospital she was rushed to did not have a blood bank, she died before she could get help.

Chidinma Mbalaso was one of the popular faces that featured in Koko mansion fame sponsored by Dbanj in 2009. The 22-year-old star registered her name in the minds of people after she came out as the 2nd runner of the show.

Though, Uduak Akrah’s age wasn’t disclosed after death. However, some sources closed to the deceased revealed that she was in her late 30s when she died.

She was hailed for her role in Emotional crack, Bafana Bafana and Missing Angel 2.

According to the report, Uduak death was caused by health complications she had after falling in her bathroom.

Conclusively, for the sake of people we love and scared of losing, we wish death never existed. But it is an inevitable part of life. The memories and works of these talented minds will definitely live on in the heart of Nigerians.

FINALLY: Tiwa Savage Speaks On Her Relationship With Wizkid

Things Are Getting Worse?: Davido Reveals Chioma’s New Name On His...